Every year the Eta Aquarid meteor shower peaks during May. This year May 5 is predicted to be the maximum of the meteor shower, but the moon is scheduled to enter its full moon phase on that day as well. During a full moon, the moon's light will fill the sky, obstructing our view of the meteor shower. Fortunately, Eta Aquarid is active from April 19 to May 18 so some meteors will be seen before and after the full moon. 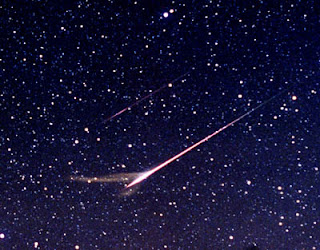 The best place to see the shower is the Southern Hemisphere because that has the best view of the radiant. The radiant is the point in the sky where all of the meteors in the meteor shower seem to be coming from. The radiant rises in the morning hours and at its peak, long meter tails are usually seen. During it's peak about 60 meteors are seen per hour compared to the normal 30 per hour.

Neutrinos are now being observed by the 10-meter South Pole Telescope. Neutrinos are thought to be dark energy or energy without mass. Under Einstein's cosmology constant, neutrinos are considered the energy amongst empty space, which now explains the acceleration of the expanding universe. The SPT is designed to focus on the light after the big bang, also known as cosmic microwave background radiation. They look at this to find galaxy clusters to try to find the mass of the neutrino. 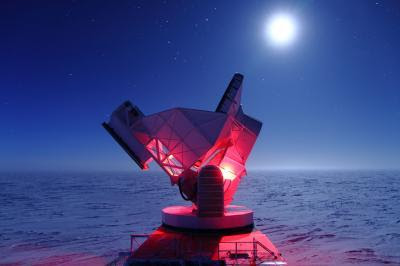 The South Pole Telescope is used to put constraints on dark energy in order to see its mass. "The results are based on a new method that combines measurements taken by the SPT and X-ray satellites, and extends these measurements to larger distances than previously achieved using galaxy clusters." Galaxy clusters leave behind shadows when cosmic microwave background radiation is passed through it, which lets astronomers see the most massive clusters in the universe.

Seasons are controlled but the axial tilt of a planet relative to its orbit. Earth has an obliquity of about 23.5 degrees. This tilt causes the extremes of our seasons. "Along with daily rotations, this moderate obliquity ensures that the temperature differences between the coldest polar and hottest desert regions are not too extreme.". If a planet has a low axial tilt, then the planet might not be habitable because the planet's temperatures do not fluctuate. If a planet has too much of an axial tilt, then the extreme temperatures can also hinder the survival of life. 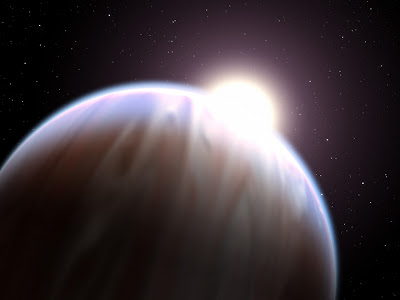 This is called the "Goldilocks"zone. The planet can not be too hot or too cold, but has to be just right. Simple life, however, is able to survive within these conditions. Some organisms and bacteria can ride out the extreme temperatures, but complex life would not be able to live on.


http://www.space.com/14509-alien-planets-planetary-tilt-search-life.html
Posted by Nicole at 7:47 PM No comments:

NASA's Lunar Reconnaissance Orbit Camera has been taking pictures of the surface of the moon and has shown us that there are more graben than scientists had thought on the moon. Graben are certain features on that show the moon's crust pulling apart. Researchers believe that they form because the force of pulling the moon apart is greater than the force trying to shrink the moon in. 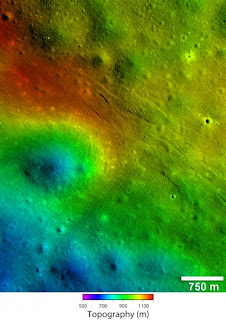 This contradicts previous findings as of August 2010 where it was shown that the lunar surface would contract. These contractions appeared in ridges known as lobate scarps. Because of the presence of these lobate scarps, the moon's diameter was shrinking and it was thought that it would continue to shrink, until these recent images were studied.

Black holes are present at the center of every galaxy and were thought to disrupt the formation of stars because of the extremely strong gravitational pull. Because of new evidence, some new scientists believe that black holes may actually help to form new stars. We can see this when the outflows from black holes are discussed. "The flows plough through galactic gas, compressing, heating and pushing it out of the way. Much of this gas is the raw material from which stars are made, so the outflows significantly affect star formation in the galaxies that host them." 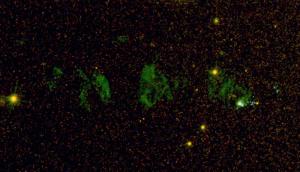 This information was found when researching the "inner filament" of Centaurus A, a galaxy 13 million lightyears away. The inner filament is a source of X-ray and ultraviolet ray emission close to the outflow in a black hole. Young stars were found at the tip of the filament that date back to forming when the black hole "switched on". We are now drawn to the conclusion that when a black hole is switched on, it helps to form new stars.

"55 Cancri e" is a planet 40 light-years away from Earth that was discovered in 2004. It has a mass 7.8 times greater than that of Earth and is 26 times closer to its parent star than Mercury is to the Sun. Because of its close proximity to the star, it was thought that the planet was a barren wasteland with no source of water. New observations by the Spitzer Space Telescope may have lead us to the conclusion that this is untrue.

Because of its size, 55 Cancri e had been labeled a "super-Earth" and it was first estimated that this super-Earth was a dense planet of solid rock. Now scientists believe that "about a fifth of the planet's mass must be made of light elements and compounds--including water." These light elements must be present in a "supercritical" fluid state, which is described as a "liquid-like gas".

This information shows us that not every planet similar to the size of Earth is like the Earth. We can't assume that every planet reacts the same way the Earth would under certain conditions.

http://science.nasa.gov/science-news/science-at-nasa/2012/13jan_rethink/
Posted by Nicole at 7:04 PM No comments: